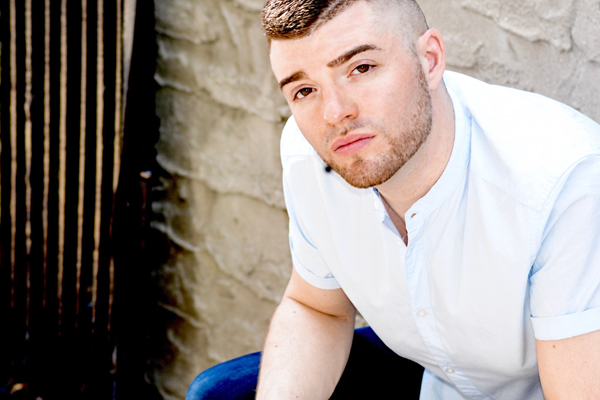 Courtney Alfrey '11 is a New York City success story. Since his arrival in the Big Apple four years ago, he has worked all but four weeks on Broadway. He is currently a principle wardrobe dresser on Shuffle Along, which was nominated for 10 Tony Awards in 2016. He is also doing daywork laundry on The Lion King and is a daywork stitcher on Beautiful – The Carole King Musical (and he's on a six-month leave as a principle wardrobe dresser on Disney's The Lion King). In addition, Alfrey has worked as a costume designer and dresser for off-Broadway productions and as a video stylist for television.

"I value the importance of collaboration and pride for my craft, and I value learning from and growing alongside my peers, doing what we love," he says. "The support of my colleagues drives me to keep reaching and asking for the next opportunity. I cherish spending time doing exactly what makes me happy."

Alfrey discovered what makes him happy as a student at Whitworth, where he majored in theatre. "Whitworth gave me a well-rounded education and introduced me to all aspects of my field," he says. "This allowed me to broaden my understanding of the performing arts, as well as to home in on the things that I really love about theatre and dance. Whitworth also provided me with real-life situations and work experiences that continue to help me succeed in my work today."

As a four-year recipient of a McDonald Opportunity Scholarship, Alfrey worked in the theatre program throughout college. Whitworth friends Bob and Claire McDonald established the scholarship in 2000 to allow students to gain paid work experience in their academic disciplines.

"As the son of a single, school-teacher mother," Alfrey says, "this scholarship allowed me to attend the theatre program I dreamt of and to not worry about how I would pay for it."

During Alfrey's freshman year he held the position of house manager, for which he worked in the theatre office, assisting with coordinating and managing the ushers and ticket takers for the Main Stage and Stage II productions. As wardrobe master his sophomore through senior years, Alfrey worked with the department's costumer designer and technical director, organizing costume plots, seeing to laundry sheets and care, and managing costume changes.

"Most times I was doing this work while also acting in the show," he says. "When I wasn't on stage, I was in the wing undressing and dressing actors so they could flawlessly make their next cues. For cues when I wasn't available I found and trained other theatre peers in the art of the quick change."

During his senior year, the lessons and skills that Alfrey learned in Whitworth's theatre program spurred him to apply for a yearlong costuming internship at the Florida Studio Theatre, in Sarasota. After completing the internship he made the leap to New York City.

"I believe the Opportunity Scholarship is important for all the dreamers and believers at Whitworth who want to grow," he says. "My scholarship laid the foundation I stand on today in my career. The McDonalds mean the world to me, and my successes are theirs."