And Other Lessons from Professor Dale Soden

Generations of alumni think of Professor of History Dale Soden when they drive across the Columbia River, thanks to a certain Woody Guthrie folk song he teaches in class. Soden makes us aware of the history that surrounds us, whether in the Pacific Northwest, on the Whitworth campus, or in Vietnam, and he helps us remember it through song.

Specializing in American and Pacific Northwest history, Soden teaches courses such as American Popular Culture, Great Trials in American History, and the History of the War in Vietnam. Soden is not only beloved by students for both his wisdom and joy, but also highly respected by fellow historians for his contributions to the field. In fall 2020, Soden was awarded the Washington State Historical Society's greatest honor, the Robert Gray Medal.

Read on for a Q-and-A with the Whitworth professor and campus historian.

What does the study of history offer to students who aren't history majors?

For years I've been encouraging students who are majoring in something else to consider a history minor. The study of history offers students the opportunity to broaden their horizons by requiring them to see the world through the lens of other individuals and other cultures. In Dr. Clark's classes on Chinese history and culture, students step out of their own shoes and have to encounter the world of the Ming Dynasty or the persecution of Christians in the context of the Boxer Rebellion. In Dr. Slack's courses, the complexity of the Crusades, early modern Europe and trans-Atlantic piracy all have the potential for opening up new ideas and perhaps more importantly the development of historical perspective that can help. In Dr. Elise Leal's courses, students often have to imagine what it's like to form a utopian community or dive deeply into the struggle against injustice. In my Pacific Northwest history course students must encounter the long history of racism and in my Vietnam course the complex unfolding of an unpopular war.

The study of history requires the careful use of evidence in making an argument. The evaluation of sources as well as learning what it means to be a critical thinker all are useful skills and attitudes. But as I say, at root, the study of history is an effort to step outside of your own shoes and attempt to see the world through the eyes of others. It's a terribly humbling enterprise because history is rarely predictable.

What historical events have you been thinking about most this year that provide perspective on our current times?

Of course like a lot of American historians, the influenza of 1918 has emerged because of its similarities to the current pandemic. It's actually surprising how many parallels there are. I've also been thinking a lot about how disease ravaged Indigenous populations because of course they had no immunity to European diseases. I've wondered how similar our fear is to those of a few centuries ago.

And like a lot of historians, and in particular because I'm old enough to have lived through this period, the year 1968 has come to mind. We have not had the political assassinations that the United States experienced in that year, but the amount of unrest over civil rights issues is similar. Many cities erupted in violence, and Richard Nixon attempted to win over voters by making them believe that he was a "law and order" candidate.

In some ways, the assassination of Martin Luther King Jr. certainly gave rise to protest and unrest in some similar ways that George Floyd's murder has done.

What are some positive changes that you have observed at Whitworth since you started teaching here in 1985?

The increased racial and ethnic diversity of the student body is a very positive change. I think the faculty has become much more sophisticated regarding the ways we attempt to integrate faith and learning, or in other words, teach in the context of the mission of the college. I also think the faculty is much stronger from a scholarly standpoint. What has not changed, and I think this is good, is the commitment of the faculty to being excellent teachers. Whitworth has attracted an amazing number of talented teachers.

You're known for singing folk protest songs both in and outside of class, particularly Roll on Columbia. Why is that song meaningful to you?

Well above all, the song is very sing-able. It has an easy melody, but in some strange way it's a powerful melody that allows almost anyone to get into it from the very first time. But it also has the advantage of being about the Pacific Northwest and was written by perhaps America's greatest writer of folk songs – Woody Guthrie. The building of many dams on the Columbia River was and is still controversial because of what it did to interfere with salmon migration as well as its negative impact on tribal people throughout the state. I don't want students to ignore that. But Guthrie was writing about the beauty of the Northwest and the role of nameless laborers, many of whom died in the construction of dams on the Columbia.

Finally, folk protest songs are a great way to help students make a more intimate connection to the past. For some reason, a song helps you identify with the subject of the song and the human struggles of which many of these songs describe. 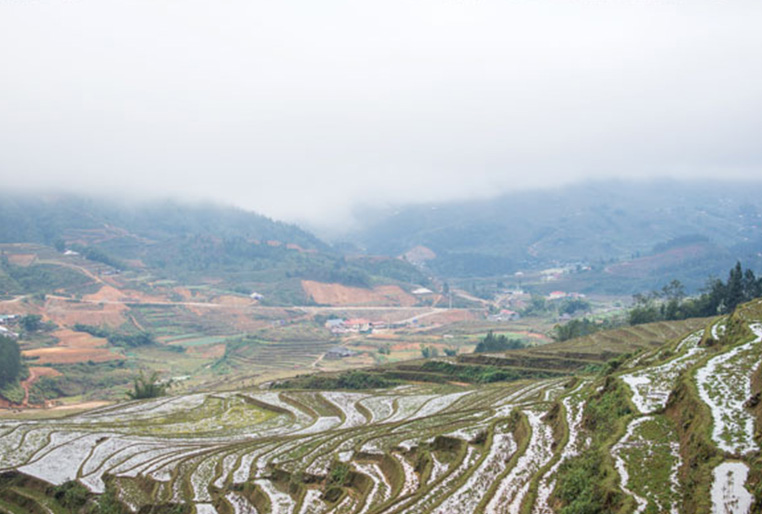 One struggling veteran and 10 students make surprising discoveries in Vietnam 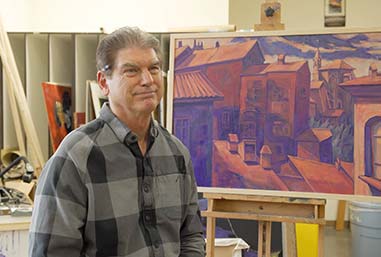 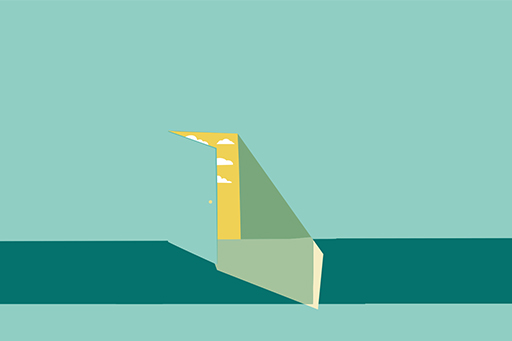