Unforgettable Moments from a Congressional Internship

Washington, D.C., felt like another country when I first visited as an 8-year-old Montanan. If you would have told me then that I would end up working in the United States Capitol and living in the city, I would have never believed it. Yet, 13 years later, I am doing just that. As a Whitworth political science and international studies double major, I have always been drawn to the work of our nation's capital. It is where the greatest exchanges of power, ideas and conflicts occur. When I was given the opportunity to live and work in Washington, D.C., for a semester through the American Studies Program in fall 2019, I jumped at the chance. Through this program, I spent my days on "The Hill" (as everyone in D.C. calls it) as a congressional intern, and I experienced some of the most profound moments of my life – both academically and personally.

Elijah Cummings was a name often mentioned on the Hill. A sharecropper's son who rose to become a civil rights champion and a powerful committee chairperson, he was often referred to as the House's "Northern Star." His passing was incredibly hard to hear about, but his work will forever be remembered in Congress. Representative Cummings worked to do what he thought was right up until the very end of his life. Pushing past prejudice, discomfort, threats and shortcomings, he fought for justice, peace and the inclusion of all people. Lying in state in the U.S. Capitol is an honor bestowed upon only the most distinguished citizens. Elijah Cummings was the first African American to receive this honor, and he richly deserved such recognition. I was honored to pay my respects to him the day his casket was in the Capitol. It was incredible to see members of congressional offices, as well as thousands of citizens, swarm to see him one last time. People from all walks of life were affected by his work; I am sure it would have brought him great joy to see all of these people come together to honor his legacy.

Not many Hill interns can say they worked in Congress while the sitting president was impeached. This represents the checks and balances that hold our democracy together. When the impeachment hearings began, our staff closely monitored the proceedings – something all congressional offices were doing that morning. As it progressed, we listened to testimonies, public announcements and news coverage of the proceedings. I remember our staff assistant telling me to remember moments like these because of their significance in our country's history. Each new witness and document sent a ripple effect throughout the Hill. A new hearing would start, and after 20 minutes our phones would ring for the rest of the day with constituents voicing their opinion. Our system of government, though imperfect, is a privilege. Having a firsthand view of the impeachment process made me grateful for that system, and equally grateful to have a window into the process. 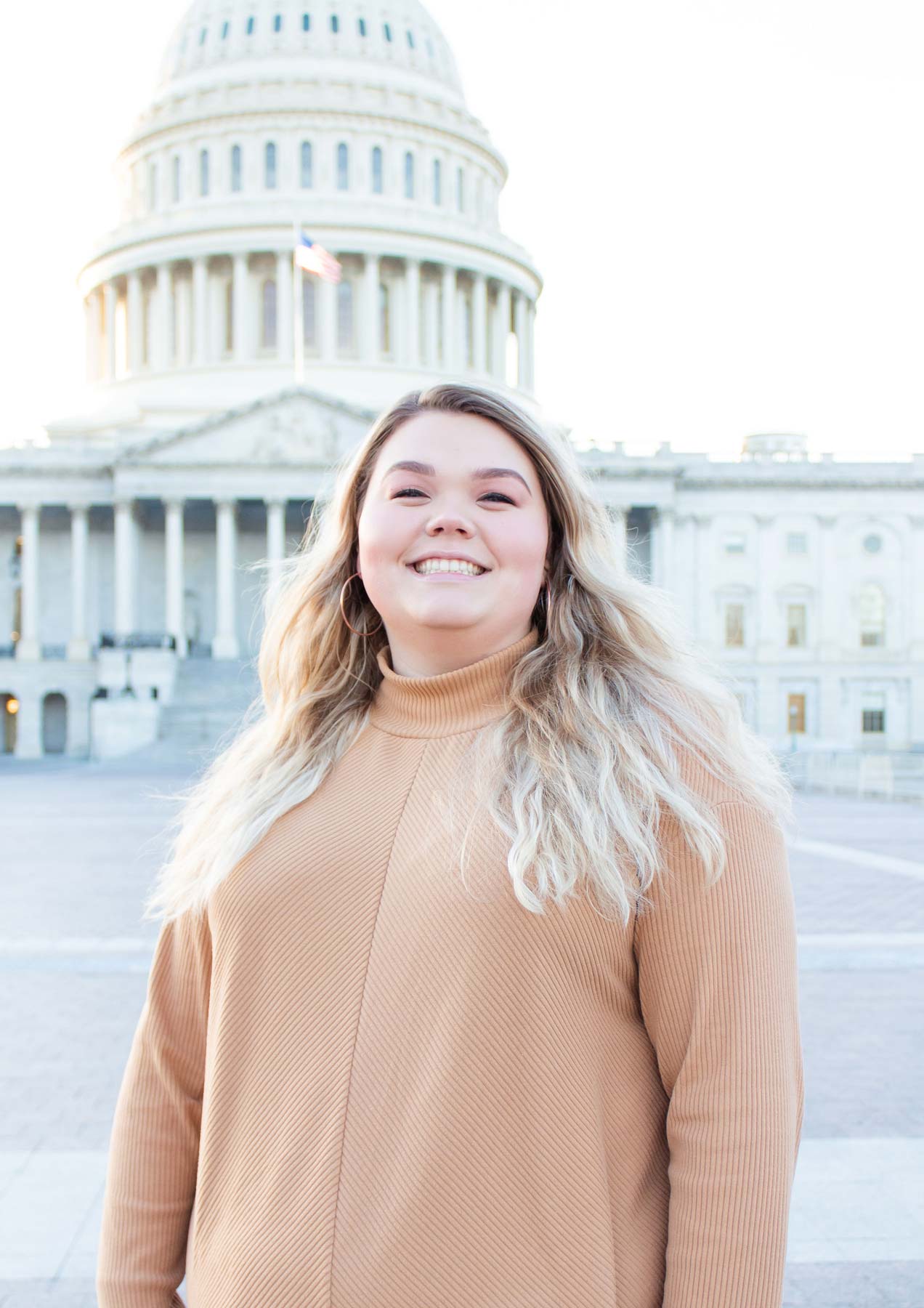 With 18.2 million veterans in the U.S., the Veterans' Affairs Committee is one of the most crucial committees we have on the Hill. Not only does it strive to protect and serve soldiers currently on active duty, but it also helps soldiers who are retired and require extra help. The congressperson I interned with served as a member on this committee, and so I was able to attend a committee hearing about online scams and threats targeting veterans. This is a growing problem within veteran communities. They are viewed as trusted and respected people, and online predators capitalize on that trust by using veterans' photos to catfish others online. Representatives from both Facebook and Twitter attended the hearing and were questioned about the measures their companies have in place to protect veterans from these online scams. For me, the experience was an important example of how our government works with the private sector to protect its citizens.

Washington, D.C., is unlike any other city in the world. From the people I met and worked with to the significant moments in history, this experience had a profound impact on my life. While I was nervous about making mistakes, I quickly realized that a substantial number of staff members started as interns. I was treated as an equal, because they realize internships serve as critical learning experiences. While some interns learn that the workings of our federal government are not for them, others (including me) are quickly hooked by the pace and impact of that work. In fact, I am in Washington, D.C., for a second semester, serving with the German Marshall Fund (a think tank dedicated to strengthening transatlantic diplomacy efforts) as its congressional affairs intern. After graduation in May, I hope to move permanently to Washington, D.C., and pursue a career in the State Department's diplomatic branch as a foreign affairs officer.

My 8-year-old dreams have finally become a reality.

About the American Studies Program: Run by the Council for Christian Colleges & Universities, this semester-long program provides access to substantive internships in the nation's capital. It is one of several CCCU programs for which Whitworth offers scholarships. 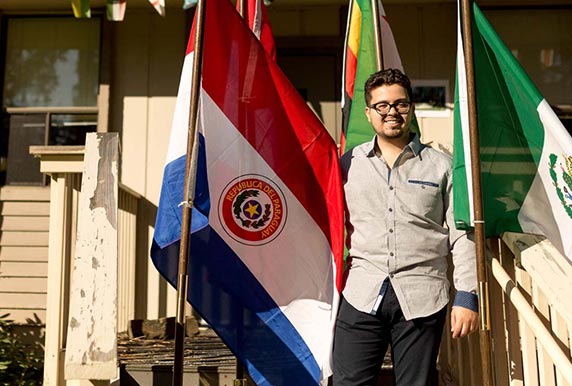 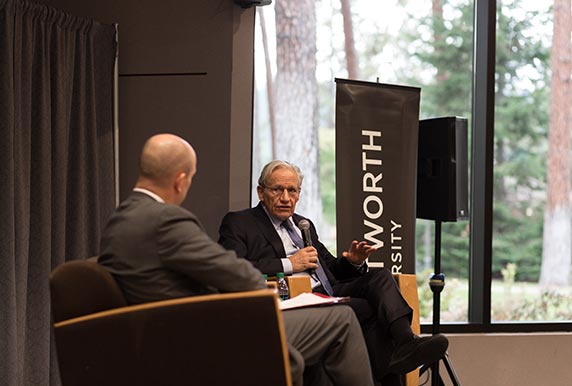 'We Beat on Against the Current'