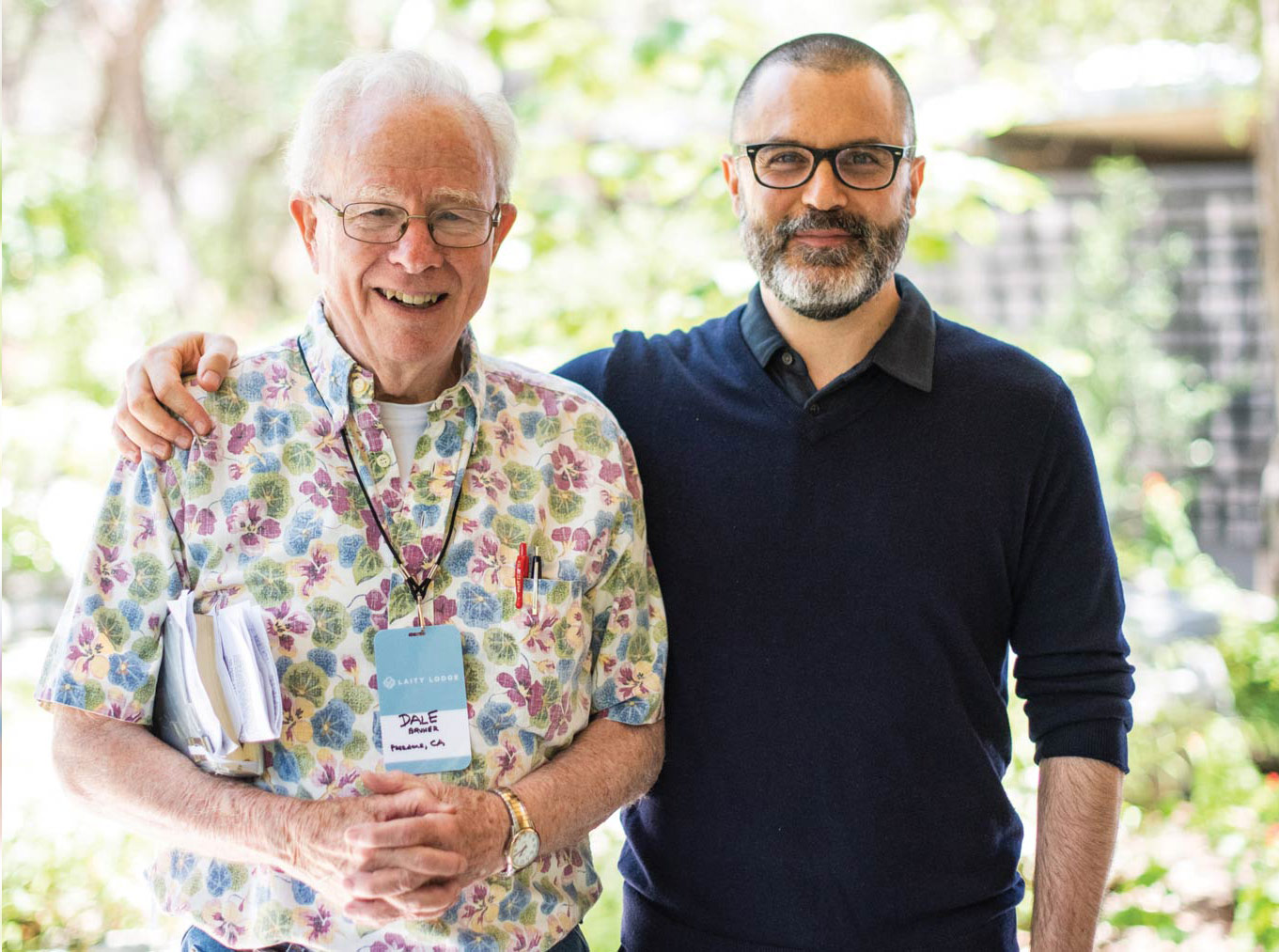 More than 40 years separate Dale Bruner and Adam Neder, but the theologians share an unshakable conviction that "Jesus Christ is historically real and alive and makes a huge difference in a person's life," Bruner says.

"Dale and I both prize scholarly rigor," Neder says, "but also clear writing and teaching that, without dumbing down the material, hopefully make it come alive within people. That's really the only way one can know theological truth."

Bruner, professor emeritus of theology, taught Church History, Scripture and Christian Doctrine at Whitworth from 1975-97. "It was paradise," he says. Now 87, he has slowed his speaking engagements but continues to write and to teach a weekly Sunday school class at his home church in Los Angeles.

Neder joined the theology department in 2004; he is the current Bruner-Welch Chair in Theology, established by Bill and Peggy Welch in gratitude for Bruner's approach to theological teaching. The position provides Neder dedicated time for research, writing and speaking. One outcome is his 2019 book, Theology as a Way of Life: On Teaching and Learning the Christian Faith.

As passionate as Bruner and Neder are about teaching the gospel, they both struggled to reach students in their early forays in the classroom. Bruner began his teaching career as a missionary at Union Theological Seminary of the Philippines, just outside Manila. "I was stupid enough to start with the far-too-Western Church Dogmatics by Karl Barth," he says. During those first months, students would fall asleep in class. "As every teacher knows, that's the death knell." 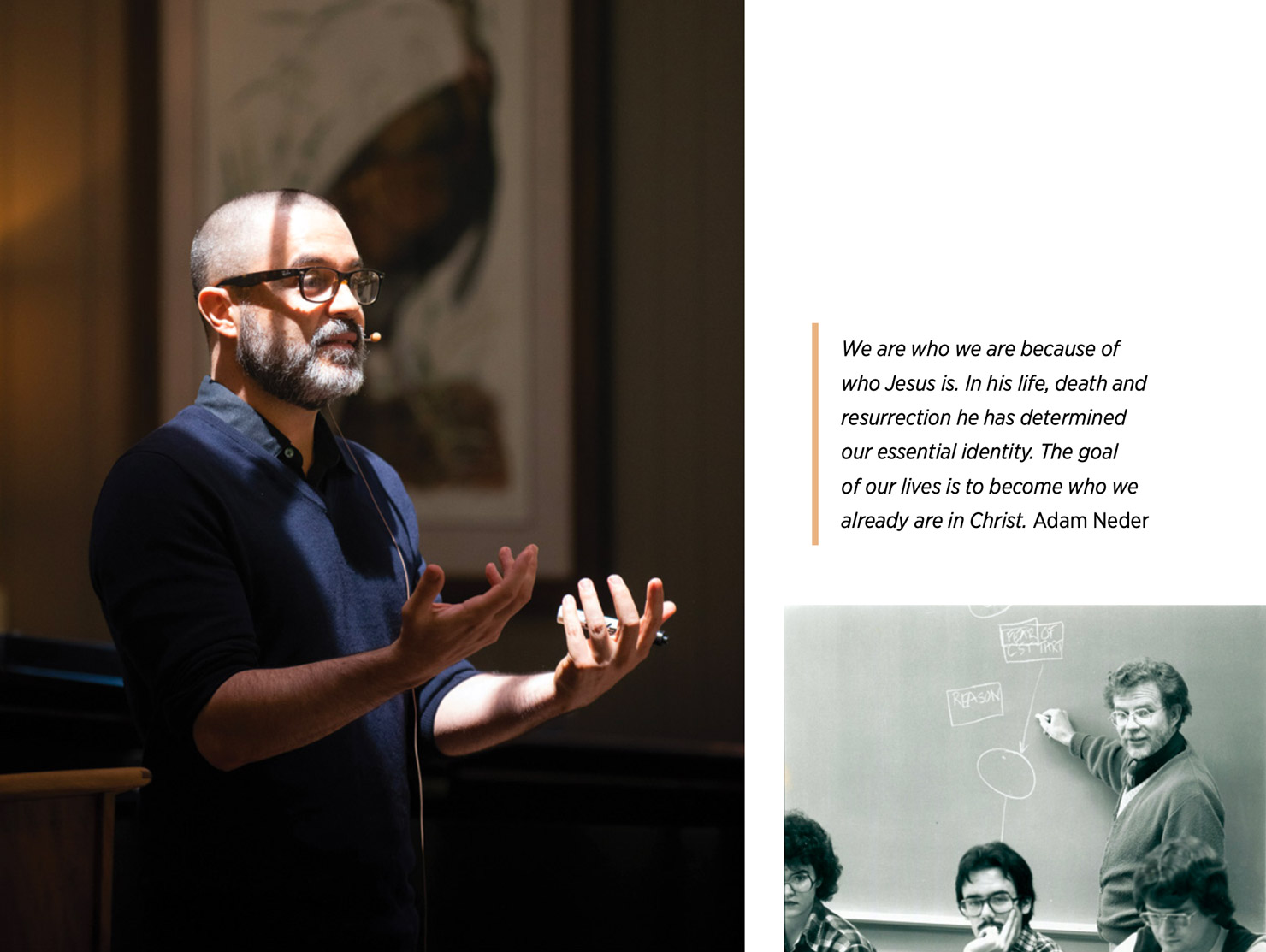 Those uninspired students inspired Bruner to develop his memorable teaching style that later kept more than two decades of Whitworth students wide awake and engaged. He began teaching Christian doctrine via the more earthy and accessible stories in the Gospel of Matthew (which eventually led to Bruner's landmark two-volume Matthew: A Commentary). He also began moving around the classroom, playing music on a tape recorder, and drawing stick figures on a chalkboard.

"At the end of my 11 years there I was more of a song-and-dance actor than a professional lector," he says, laughing. "But the students went from boredom to enjoyment and give and take."

During Neder's first few years at Whitworth, he would launch immediately into the history of the church's doctrinal reflection when teaching about Jesus. "The material was so unfamiliar to students," he says, "that they struggled to understand it and to see what difference it makes for their own lives."

Neder realized he needed to find a new way for students to think about the identity of Jesus. He landed on devising a list of unusual discussion questions (one of which involves LeBron James and a time machine). The questions, Neder says, help students realize that, yes, they know Jesus, but he's also a stranger to them in many ways.

"I often hear from students that they continue talking about these questions outside of class, with their friends and parents and anyone who will listen," he says. "That's the best part."

The goal for Bruner and Neder, through their thoughtful, responsive teaching, is to include students in the extended conversation about the and implications of Scripture. This conversation, Neder says, has been ongoing since the beginning of Christian theology.

"Our role as teachers," he says, "is not simply to tell students what things mean. It's rather to help them imagine themselves as participants in the church's reflection on who God is and to bear witness to him in their own unique ways."

Governing criteria: How does Scripture and the church's history of reflection on Scripture lead you to answer these questions?