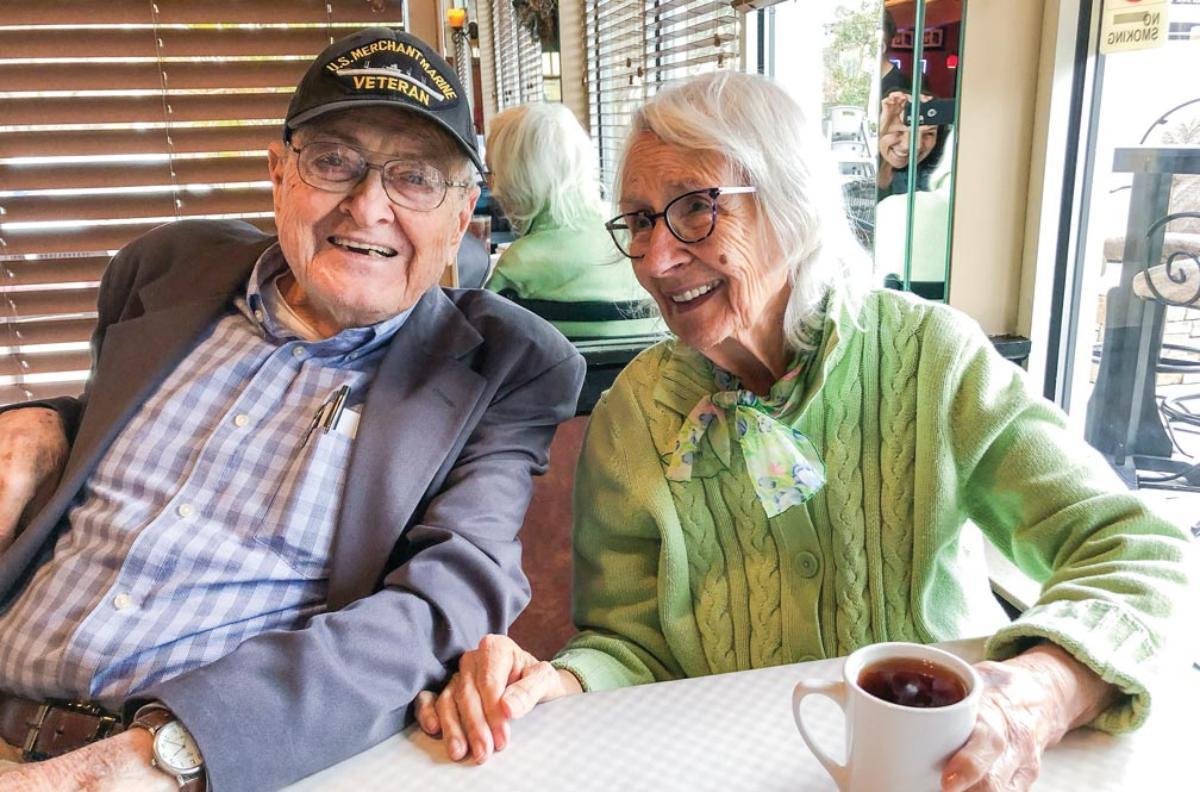 At age 93, John "Jack" Eccles '51 lives at Hillcrest Convalescent Center in Durham, N.C., even though he does not require the facility's services. His wife, however, does. Geraldine "Gerry" (Knobel) Eccles '51 has Alzheimer's disease. When Jack arrived at the facility on March 12 to spend the day with Gerry as usual, the center turned him away. Hillcrest had shut its doors to visitors because of the COVID-19 pandemic.

Jack, a Baptist pastor who holds two doctorates, moved into Hillcrest the next day. He made arrangements with the center to rent a single room there so he could tend to Gerry. He hasn't left the facility since then.

Jack, who served in the U.S. Merchant Marine during World War II, met Gerry at Whitworth in 1949, when she smiled at the history major outside the dining hall. "That was all it took," he says. Gerry, an education major, didn't fall for Jack right away, turning down his invitation to a basketball game on campus. "For a less persistent person, that would have been the end, but not Jack," she wrote in the couple's wedding album.

After their marriage in 1950 and graduation from Whitworth, Jack attended a Baptist seminary and they began their family, which grew to include six girls and three boys.

Last July, the couple celebrated their 70th anniversary at Hillcrest, their family members gathered outside the lobby windows and via Zoom. A framed wedding portrait beside Jack and Gerry showed the young, bespectacled couple standing close and smiling, gazing at each other with steadfast love. This story appears in the fall 2020 issue of Whitworth Today magazine.