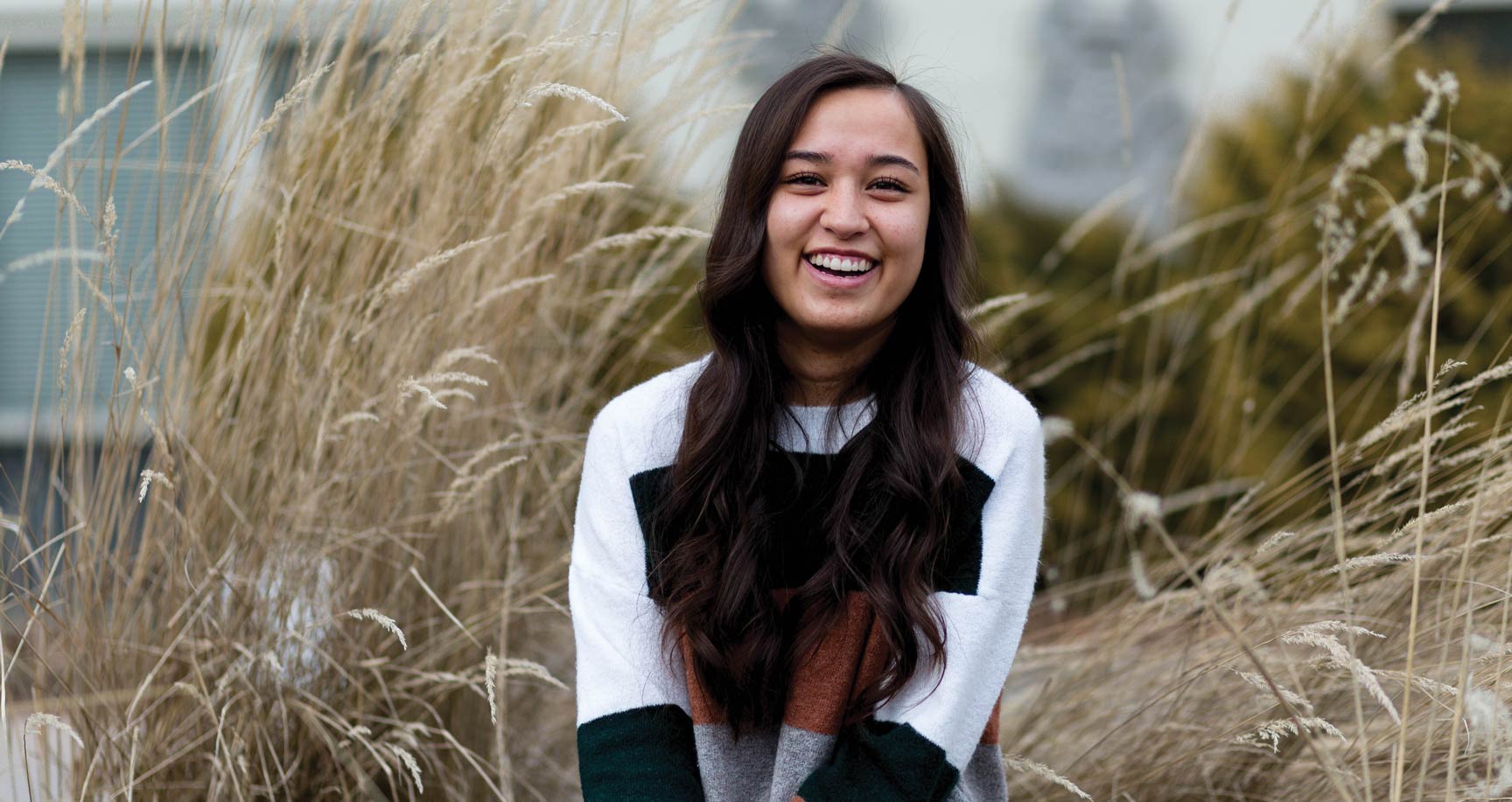 Megan Wynecoop '20 is passionate about her family and her culture, and she desires to make a difference in communities like her own. Wynecoop grew up on the Spokane Indian Reservation; her father is Native American and her mother is Filipino.

"I chose to study psychology because, from a cultural perspective, I noticed there were gaps in mental health and an overall understanding of well-being," Wynecoop says. "I discovered those gaps when I entered psychology at Whitworth and found answers to the questions I had."

Wynecoop credits Whitworth psychology professors Melissa Rogers and Patricia Bruininks for giving her the freedom to explore her heritage.

"For my second lab with Dr. Bruininks, she let me look at the relationship between Native Americans and hope and how [this relationship] looks different across cultures and time."

Wynecoop was able to expand on that research during her internship at Northern Arizona University in summer 2019.

"I was interested in whether different cultural values would predict compassion toward others and oneself," she says. Wynecoop analyzed online surveys in which participants rated statements such as When it comes to social responsibility, blood really is thicker than water. "This was right at home with what I'm interested in," she says.

Wynecoop has applied to several doctoral programs and plans to study social psychology. She hopes to work to improve the well-being of marginalized populations through psychological research and policy intervention.

"The United Nations and the World Health Organization need researchers, and they play such an important global role," she says. Or, she may research issues through a local or state government. "I want to identify what the problems are," she says, "and then let's do something about them."

This story appears in the spring 2020 issue of Whitworth Today magazine.