Uziel Gonzalez '22 had a significant decision to make. As a first-year pre-medicine student, he had signed up for a drawing class with Professor of Art & Design Gordon Wilson. Gonzalez intended for the course to provide a break from his science classes and fulfill the fine arts requirement.

"I was completely in the zone, working on drawing. Meanwhile, my chemistry homework was sitting on the side,” he says. "That class was eye-opening. I realized I love creating art."

Gonzalez had come to a crossroads: Should he continue pursuing a career in medicine, which he had been planning and studying for since middle school, or change course and follow his newfound passion?

With Wilson's support, Gonzalez became an art major on the graphic design and 2D art tracks. "I had never thought of graphic design or art as a career path," he says, "but I saw the possibilities that I could take with an art major and was excited."

Gonzalez felt a sense of disappointment too. "I wanted to go into medicine to help people," he says. "My mom was a nurse in Mexico, and hearing her stories of helping people in their most vulnerable moments was inspiring." Pursuing art, Gonzalez thought, was more of a selfish dream.

Above left and below: Uziel Gonzalez ’22 works on screen printing for Whitworth’s senior art & design exhibit. His art shares the stories of family, immigration and Mexican culture to encourage dialogue about social issues. Above right: Gonzalez helped to paint this mural at Women’s Hearth.

His perspective shifted when he took Community Arts in Practice with Professor Katie Creyts. As Gonzalez and his classmates painted murals for Women's Hearth, a social services organization in Spokane, he realized that he could bring others together to create artwork for the community.

"That was exciting," he says, "because now I was working with people and helping them like I had hoped for with medicine."

The course inspired Gonzalez to minor in community arts and seek more opportunities to combine art and service.

Spark Central asked Gonzalez to stay on, prompting the Dornsife Center to hire him as a community engagement advocate his senior year. In that role, Gonzalez served as an after-school mentor in Spark Central's partner elementary schools.

Gonzalez is interested in teaching, and he would like to incorporate community art into his career as he has seen Creyts do. "With my understanding of community arts," he says, "I now know what I can do to help others." 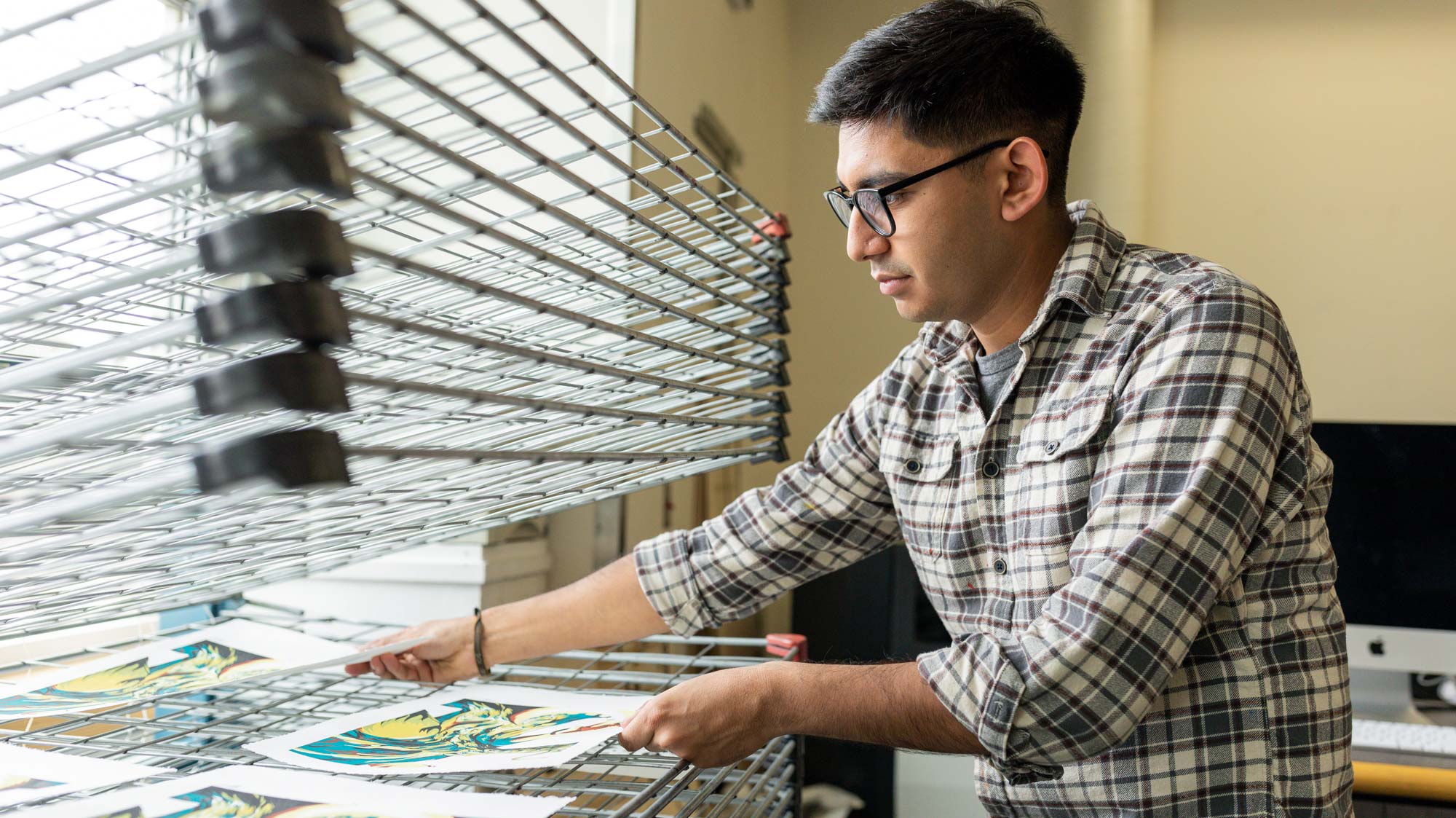