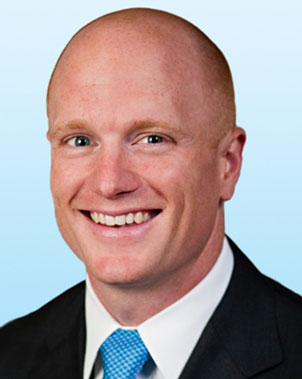 Bill Condon '03 serves as an industrial specialist concentrating on the institutional leasing and sales of industrial properties in the Puget Sound for Colliers International. He also oversees Colliers' 50-person Seattle office. Condon has experience negotiating a variety of complex real estate transactions including warehousing, corporate headquarters, manufacturing plants, distribution and logistics facilities. His passion for his clients and his work, along with his attention to detail and unique talent for continually creating value for his clients, has been key in his ability to lead the market in large transactions. Condon's extensive market knowledge and commitment to achieve and exceed objectives make him invaluable to his clients, and his ability to routinely over-service them is one of the reasons he continually outperforms his competition.

Condon has consistently been a top-producing broker during his career. Most recently, he was named #1 Colliers Puget Sound Top Producer for 2017 and was a 2017 SIOR Industrial Broker of the Year finalist. Previously, he was recognized as National Rookie of the Year at Colliers and was among the top 5 producers in the Pacific Northwest for ten consecutive years. He has been named a Top Industrial Broker on the exclusive CoStar Group Power Brokers list ten times. Condon was also named to the National Real Estate Forum's Top 40 Under 40 in 2010 and 2011, as well as an Industrial Leader in 2015 and the Puget Sound Business Journal's Top 40 Under 40 in 2011.

Condon has been affiliated with or a member of various organizations: