A Change of Heart

When atomic bombs were dropped on Japan in 1945, massive amounts of radiocarbon were released. As a blossoming marine conservationist studying at the University of Tokyo, Hannah Jian Rzeszewicz '18 plans to investigate the enduring effects this has had on the surrounding coral reef ecosystems.

"The ocean has been absorbing radiocarbon slowly over the years, and corals and other shell-making organisms use the carbon in the water to make their shells," Rzeszewicz says. "We can use radiocarbon dating techniques to determine the amount absorbed and the effects on the ecosystem. These corals are quite literally living pieces of history."

If it weren't for the mentorship and opportunities provided by her Whitworth biology professors, Rzeszewicz may have taken a totally different career path.

During her junior year at Whitworth, Rzeszewicz started to question her long-held plans of becoming a dentist. Having always been environmentally conscious, the biology and psychology double major began to consider a scientific career related to climate change instead.

"The desire to 'do more' for the planet began to take hold, as did my increasing doubts about dental school," Rzeszewicz says. She turned to her trusted mentor, Professor of Biology Aaron Putzke, for guidance.

"Dr. Putzke understood the crossroads I was at and encouraged me to do two things: Apply for Whitworth's Smithsonian Jan Term internship to learn more about the field of climate change and talk to Dr. Grant Casady (professor of biology)," Rzeszewicz says. "Little did I know that both things would completely change my life." 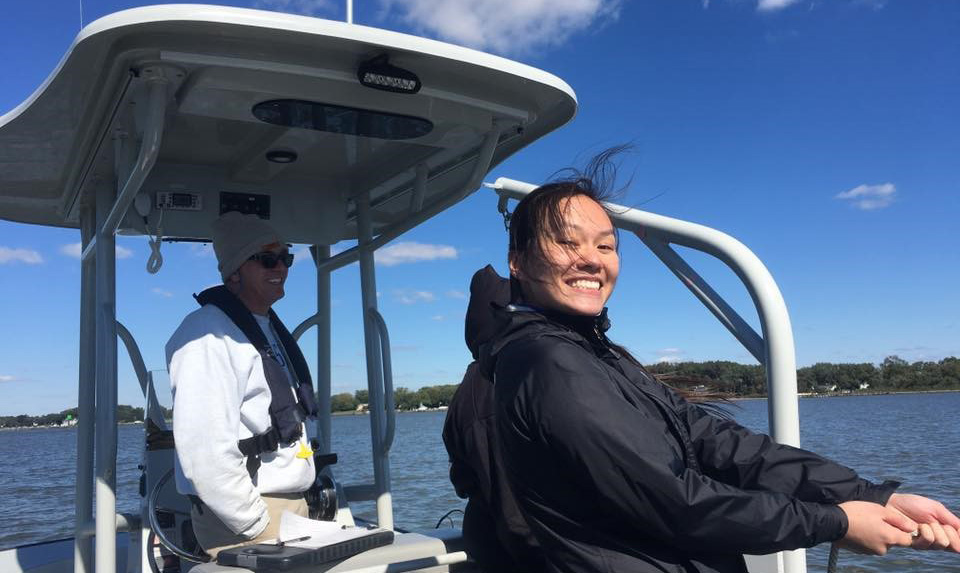 A few months later, Rzeszewicz interned over Jan Term at the Conservation Commons department of The Smithsonian. There she helped plan the first Earth Optimism Summit, a massive gathering highlighting positive stories about efforts in conservation biology. Rzeszewicz continued to intern virtually after returning to Whitworth and was flown to the event over Earth Day weekend.

"Needless to say, coming out of that internship, my heart had been set on a career in the conservation field," Rzeszewicz says. "But where to begin?"

That's when she introduced herself to Professor Casady. "I told him I was interested in building on my experience to become a conservation biologist," she says. "I knew I was late to the game now that I was in spring of my junior year."

Rzeszewicz spent the next summer as Casady's research assistant, performing field work in Eastern Washington's sage grouse habitats. "Although the work was tiring," she says, "I found fulfillment in my days out in the field I had not felt elsewhere."

From then on, Casady became an important mentor to Rzeszewicz. "I ended up being his TA and also going on his Jan Term research trip to Costa Rica," she says. "He truly helped me every step of the way."

After graduation, Rzeszewicz had the opportunity to complete another internship at The Smithsonian, this time at the National Museum of Natural History. She interned under an invertebrate biologist who studies jellyfish and decided she would pursue marine biology.

"I dove into the world of invertebrates and found it absolutely fascinating. These creatures are beautiful and unique, and like so many others, threatened by climate change," she says. "All of my past experiences at Whitworth led me to solidify what type of research I wanted to conduct."

Now Rzeszewicz is earning a master's degree in environmental science at one of the top schools in Asia, where she is able to develop a more "global" perspective on global warming.

Rzeszewicz is undecided about her long-term career goals, but she realizes that's OK. "I am debating pursuing a Ph.D. to continue research, or I might want to return to D.C. and work for the EPA or the U.S. Fish and Wildlife Service," she says. "The world is my oyster!" 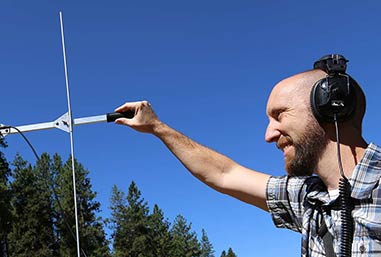